GMF and Citilink Completed the Recommendations from DGCA

GMF Collaborates with Sanad to Strengthen Aircraft Engine and Industri

GMF Recorded Improvement at the End of the Third Quarter

View All
GMF and Citilink Indonesia ensure that all recommendations from the Directorate General of Civil Aviation ("DGCA") c.q. DKPPU) delivered in a letter released on December 22 has been completed. 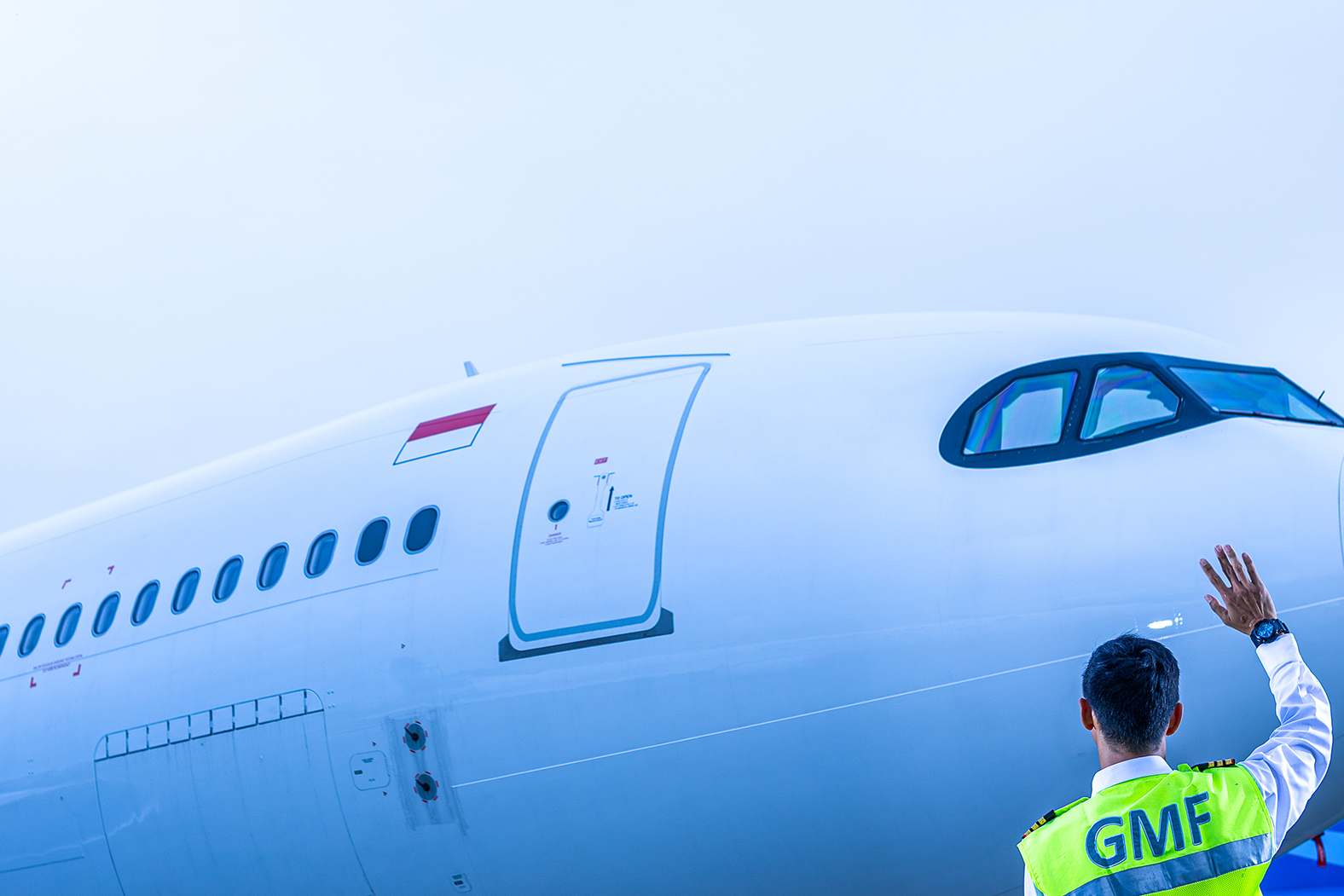 Tangerang, December 31 st, 2021 – PT Garuda Maintenance Facility Aero Asia Tbk ("GMF") and PT Citilink Indonesia ("Citilink") ensure that all recommendations from the Directorate General of Civil Aviation ("DGCA") c.q. the Directorate of Airworthiness and Aircraft Operations ("DKPPU") delivered in a letter released on December 22 has been completed. The recommendations can be resolved through synergy and intensive coordination from the parties involved.

GMF CEO Andi Fahrurrozi said that GMF has implemented a number of corrective measures after conducting an investigation and identification of contributing factors to the hold item list (HIL) status on the brake of 19 Citilink aircraft operated between December 1 to 17. These improvement measures include brake replacement, HIL evaluation, increased supervision, and improvements in the management of components and spare parts. "From a total of 19 aircraft, GMF has carried out brake replacements for 18 Citilink aircraft in operation. GMF ensures that brake replacements for one Citilink aircraft that are currently undergoing c-check at the GMF hangar will be carried out before the aircraft returns to service."

Corrective measures have also been implemented to ensure the readiness of the needs of components and spare parts during the pandemic. This is realized through improvements in planning aspects, as well as renegotiation with suppliers to support the provision and delivery of spare parts. Furthermore, GMF also formed a task force to monitor and complete HIL in accordance with applicable procedures. All audit findings contained in the letter have also been completed.

President Director of Citilink Juliandra stated that Citilink continues to coordinate intensively with GMF to ensure that all recommendations from DGCA have been followed up properly. "We are committed to always prioritizing safety in aviation, including complying with aviation safety standards set by regulators and aircraft manufacturers," Juliandra said. Juliandra also ensures that their operating aircraft are safe and airworthy in accordance with applicable regulations so that passengers can travel safely and comfortably when flying with Citilink. "This follow-up response proves the shared commitment of all elements involved to synergize in maintaining airworthiness and passenger safety, especially in welcoming the new year and gradually recovering aviation industry," concluded Andi.